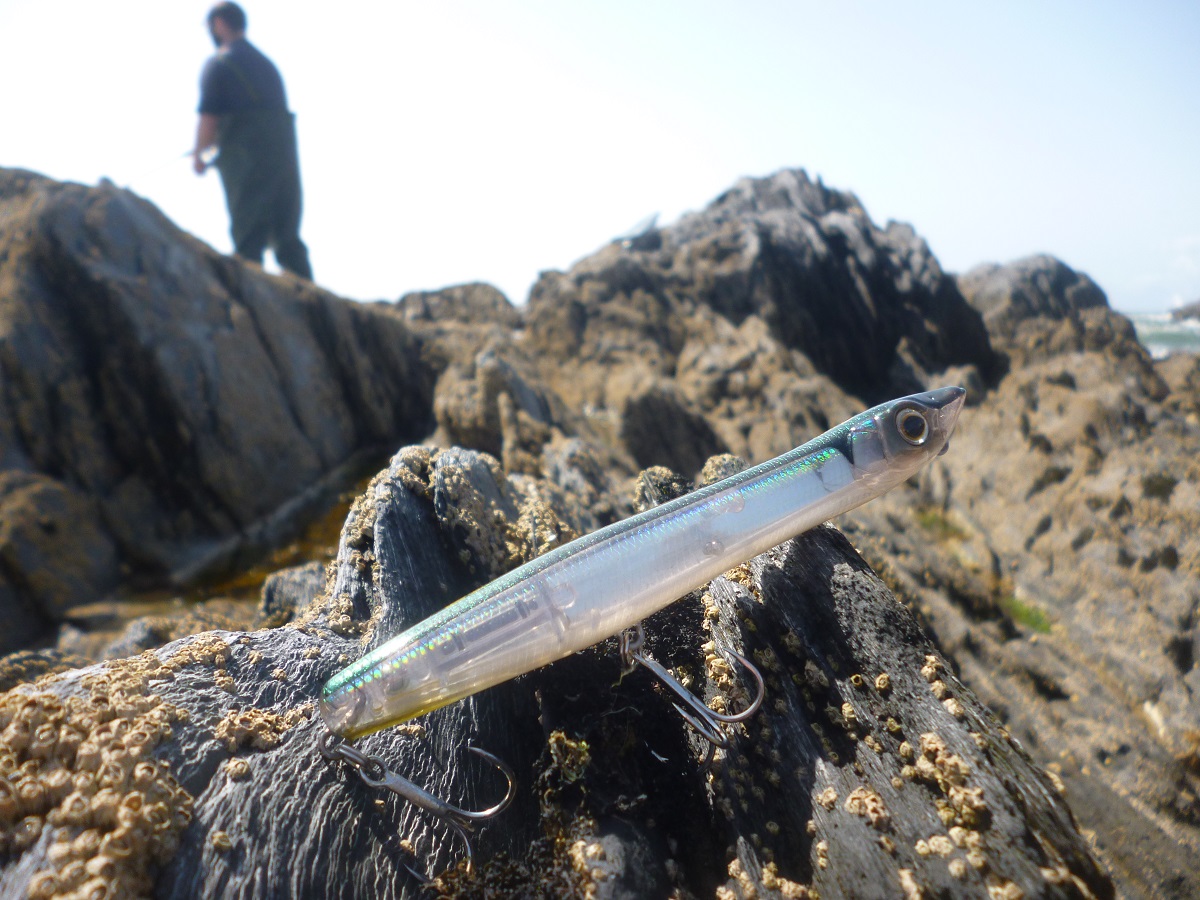 This past week has seen a definite upsurge (judging by the amount of reports on Social Media) in the amount of bass being taken on bass lures fished ‘on the top’ - something that, I believe is occurring for two reasons: the huge numbers of sandeels (a staple diet item) now arriving around our coastline and the increasing sea temperatures meaning bass (by virtue of their metabolism speeding up) are gradually becoming more inclined to actually chase their prey.

Therefore, following on from my last article about the ‘slashing and maiming’ behaviour of bass, the smaller diving hard lures that my clients and I routinely use and why I think they are potentially ‘more effective’ than their larger counterparts, I wanted to offer a brief insight into the smaller surface lures that consistently produce for me, in addition to ‘when and how’ I will use them.

I am pretty ruthless when it comes to which lures I will actually take out fishing - with each one having a particular role to perform according to the sea conditions, depth of water and potential prey items present. Essentially, the small (up to 110mm in length) ‘popping’ and ‘sliding’ surface lures that I use are designed to be worked fairly quickly across the surface in order to mimic scattering baitfish (sandeels and sprat spring to mind) that are attempting to flee the predators from beneath them.

Something that I hear and see a lot of, is anglers only using these types of lures when the water is flat calm, or only when baitfish are evidently being hammered - both of which make total sense of course. However, I would also encourage you to also utilise them when the is bit of chop or swell to the sea, in regions where there is an increased amount of current (estuaries and headlands) and particularly when there are waves gently breaking in and around any rocks that are protruding above the surface, in depths of water ranging from 2ft-20ft. Moreover, the edge of any swirling, bubbling or aerated disturbance being the area to aim and work the lure rather, than through the middle of it. 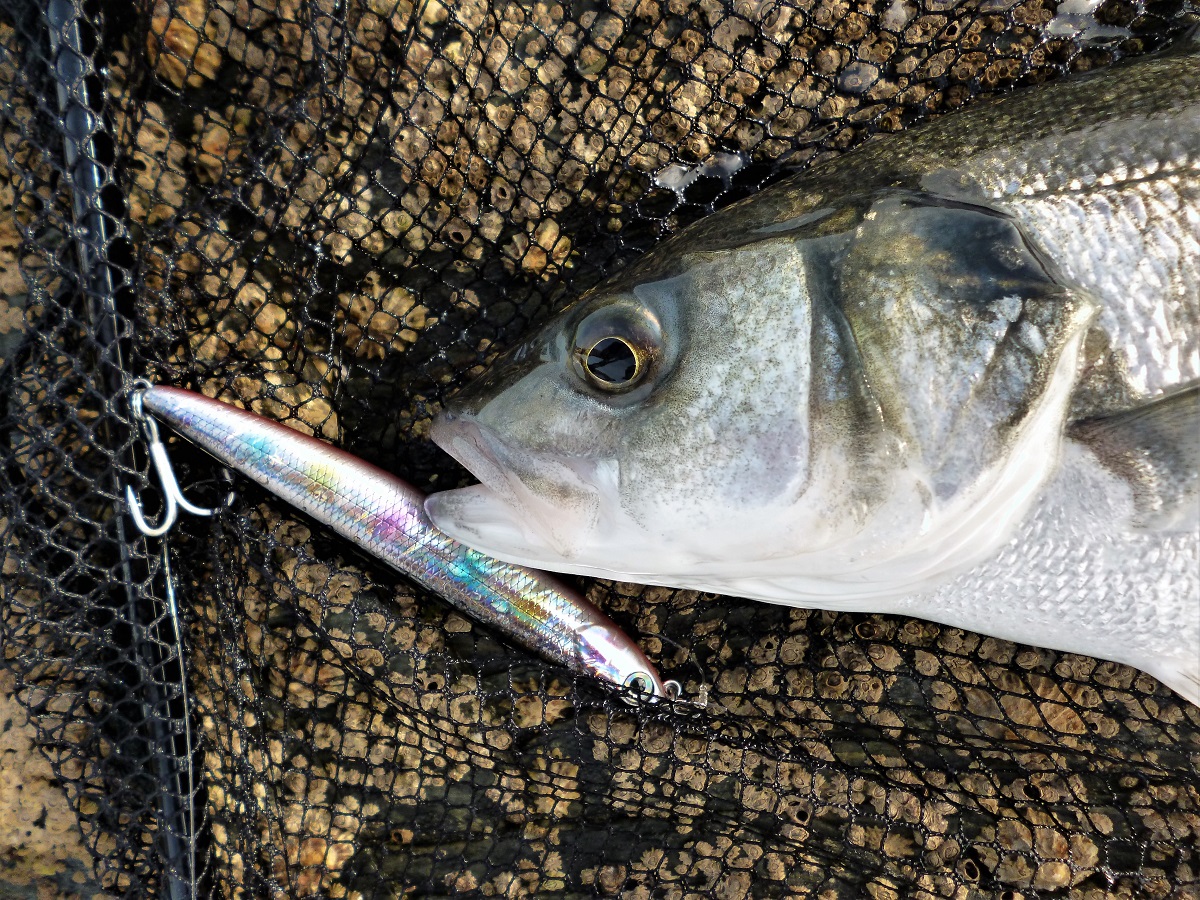 This decent sized bass seemingly ‘side swiped’ the diminutive surface lure in deep water moving quickly around a headland.

Working the lure - my preferred method is to keep the rod up at 45 degrees and turn the reel’s handle in short stages whilst flicking the rod tip up and down no more than 6-8” in a rhythmic pattern - so that the lure appears to be on a piece of string. This method provides the least amount of line on the surface (improved presentation) whilst alleviating the effects of the tide (as the lure can sometimes fold back on itself if there is too much pressure on the line), breaking waves and weed fragments. However, if there is a strong crosswind present, maintaining enough tension on the line in order to keep the lure zigzagging, turning, spitting and popping can be difficult - this is when dropping the rod tip down, or to the side of you (but still working the rod and retrieving in the same way) is preferable. Ideally, you want to place just enough pressure/tension on the line so that each slight movement of the rod/reel is easily transmitted to the lure, without applying too much pressure so that the lure either digs into the water. 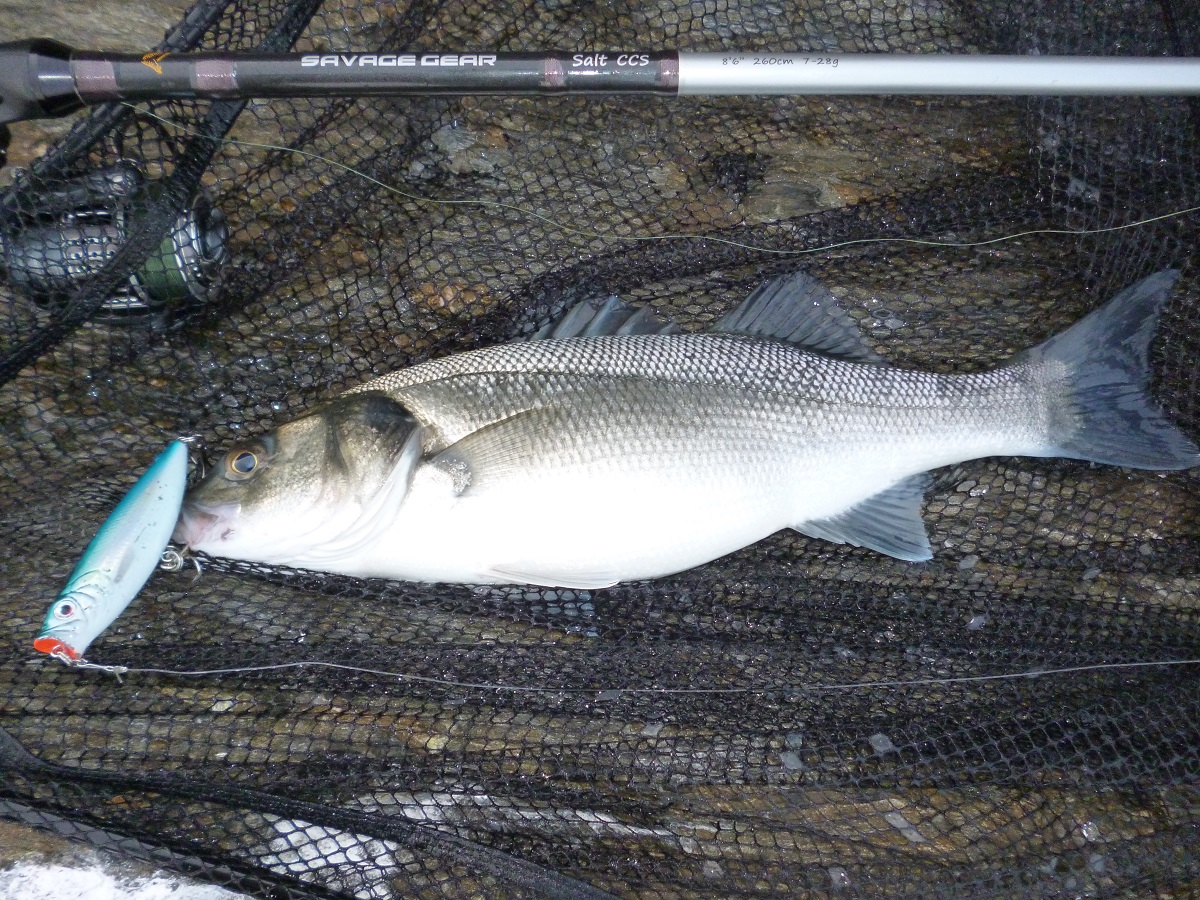 The Savage Gear 3D Minnow Pop Walker is a comparatively small (at 80mm) surface ‘popping’ lure that was very effective last season – time to give it some more water time I think!

Another tactic you can employ when using a small surface lure is let them rest for extended periods in between bouts of them ‘skitting’ or ‘snaking’ across the surface. Yes, you are attempting to imitate a prey item attempting to ‘get away’ from danger but, as with all surface lures, remember the injured, struggling or disorientated small fish a remarkable very easy meal to a bass. Indeed, if I am fishing a mark where there is deeper water and a very strong current present, then allowing the lure to drift motionless, for anything from 1-10 seconds, between periods of activity (of say 2-20 seconds) can occasionally switch on the lone (generally larger) bass that maybe aren’t necessarily inclined to swim all the way up in the water column to chase items down.

My most consistent small surface lures are:

As per the smaller diving lures, when a bass hits a small surface lure from below (or from the side) the most likely outcome is a solid hook hold. My next blog post will cover the larger surface lures I use, in addition to the intricacies of their use - something that might surprise you...

Marc Cowling is a successful bass fishing guide, specialising in fishing with lures from the wonderful South Devon shoreline.