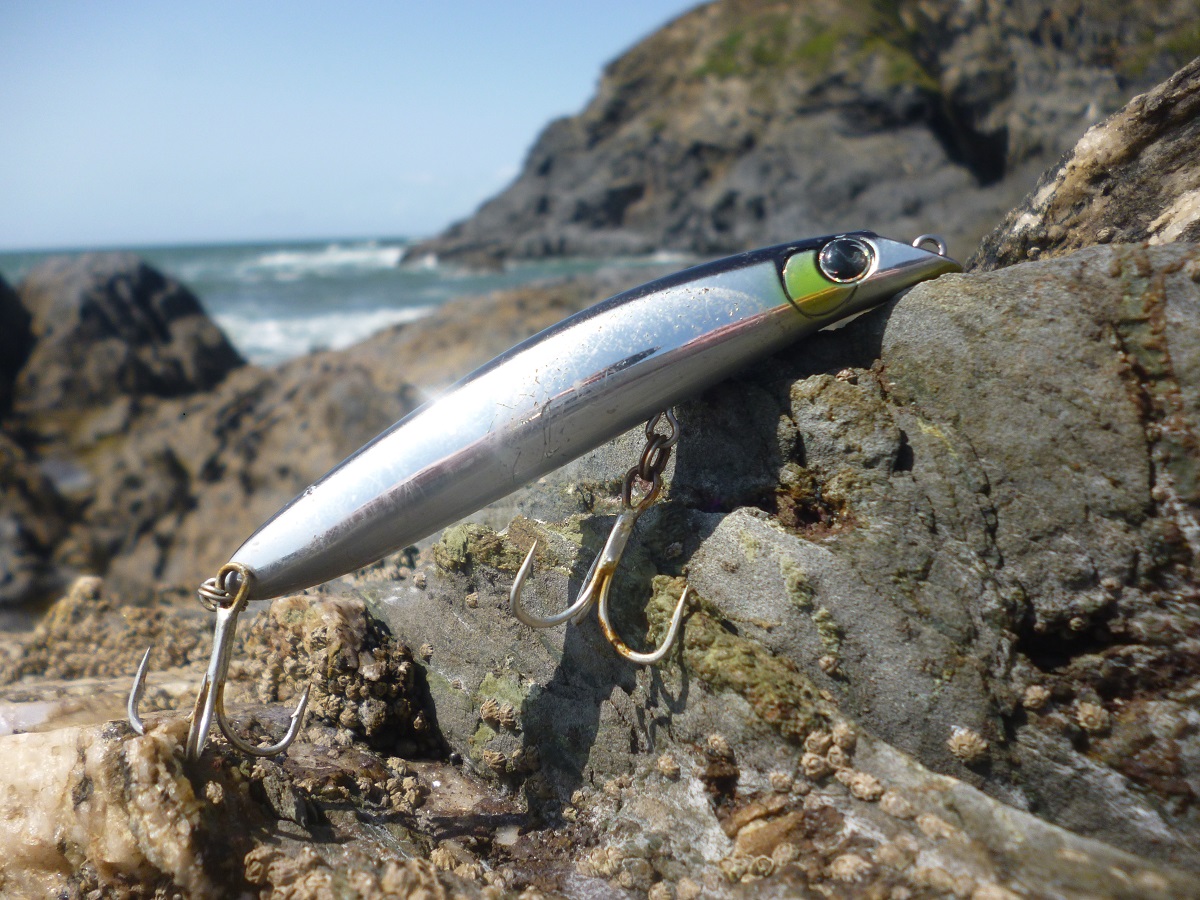 I wrote a piece last year that posed the question - is there an optimum size and shape of bass lure? Primarily, I discussed the advantages of using smaller lures in the 80-100m size - such as less wind resistance (meaning longer casts), that some would dive shallower or be easier to ‘work’, in addition to them generally being slightly cheaper than their larger counterparts. There are disadvantages too, ranging from the increased possibility of bass completely inhaling the lure (deep hooked) to stability issues in more turbulent seas. However, in this post I want to elaborate on why I think they should have a place in your lure collection.

It is a well known fact that bass will attempt to ‘stun’ and ‘slash’ at their prey (including your lure) with their razor sharp gill plates. Mackerel, sandeels, sprat and anything that is fast moving (most things admittedly if they’re about to be eaten!) will often succumb to this brutal act so typical of the predatory bass.

My view at the time I wrote the original post (due to the increased bite - hook-up -fish successfully landed ratio) was that bass appeared to be more inclined to positively attack and ‘gulp down’ a smaller item/lure -rather than hit it without being fully committing or looking to initially maim it... A recent event has cemented that belief. 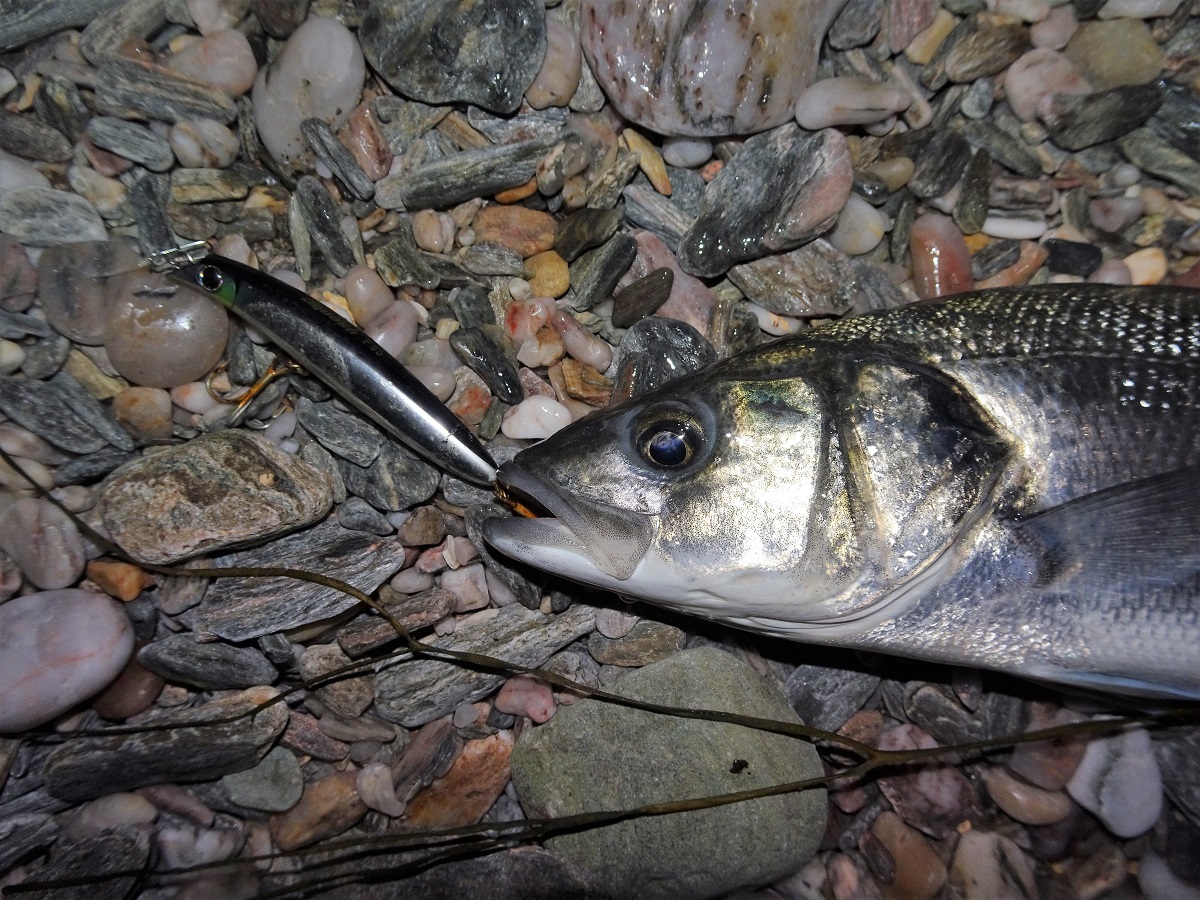 The only bass I have caught so far this season on a hard diving lure (all the rest have been on either a needlefish or soft plastics) taken on the diminutive Maria Squash F95.

Very interestingly, a recent client of mine was fishing a venue in conditions that I would consider as absolutely perfect for that mark, and where I have caught a lot of bass. With a light onshore wind, moderate water clarity, some swell creating a lot of white water and with the tide flooding strongly I was expecting his rod to hoop over at any second - but it just didn’t happen.

Late in the session I spotted a dozen 6” sized mullet in a gully behind us - pure bass fodder! Therefore, I had asked him to attach a shallow diving, decent casting hard lure in the form of an IMA Komomo SF125 in the Makoiwashi pattern in an attempt to match what the bass might have been looking for. Despite the relatively rough sea conditions the lure could easily be cast right into the ‘zone’ and looked fantastic on the retrieve - the shimmering flanks and lovely waggling visible 20cm under the surface and just screaming to be hit!

About 15 minutes before the end of the session, upon swinging the lure out of the water my client noticed a ‘fish scale’ that had impaled itself on the treble hook - not an entirely unusual occurrence of course. We studied it and came to the conclusion that it was most likely a mullet scale based on the fact he’d hooked a mullet through the back (and landed it) on a lure the previous evening and that we’d seen some big ones cruising around in front of us. Another consideration was that he’d felt no obvious ‘jolt’ or ‘knock’ through his lure rod meaning that in all probability he’d simply brushed another mullet rather than a ‘slashing’ bass leaving its hallmark - how wrong I was...

A couple of days later, I received an email from my new friend. Unbeknown to me, he’d kept the scale and had thoroughly interrogated it,whereby it was confirmed as a bass scale from just behind the gill area, with four growth rings present. This suggests the fish was four years old probably weighed around 1 ½ lb.

Well, well. I am happy to admit that I have learned another valuable lesson - not to assume. As if I’d changed his lure over to something smaller then maybe, just maybe my client would have caught one in the final minutes of his session...

Small hard bass lures I use 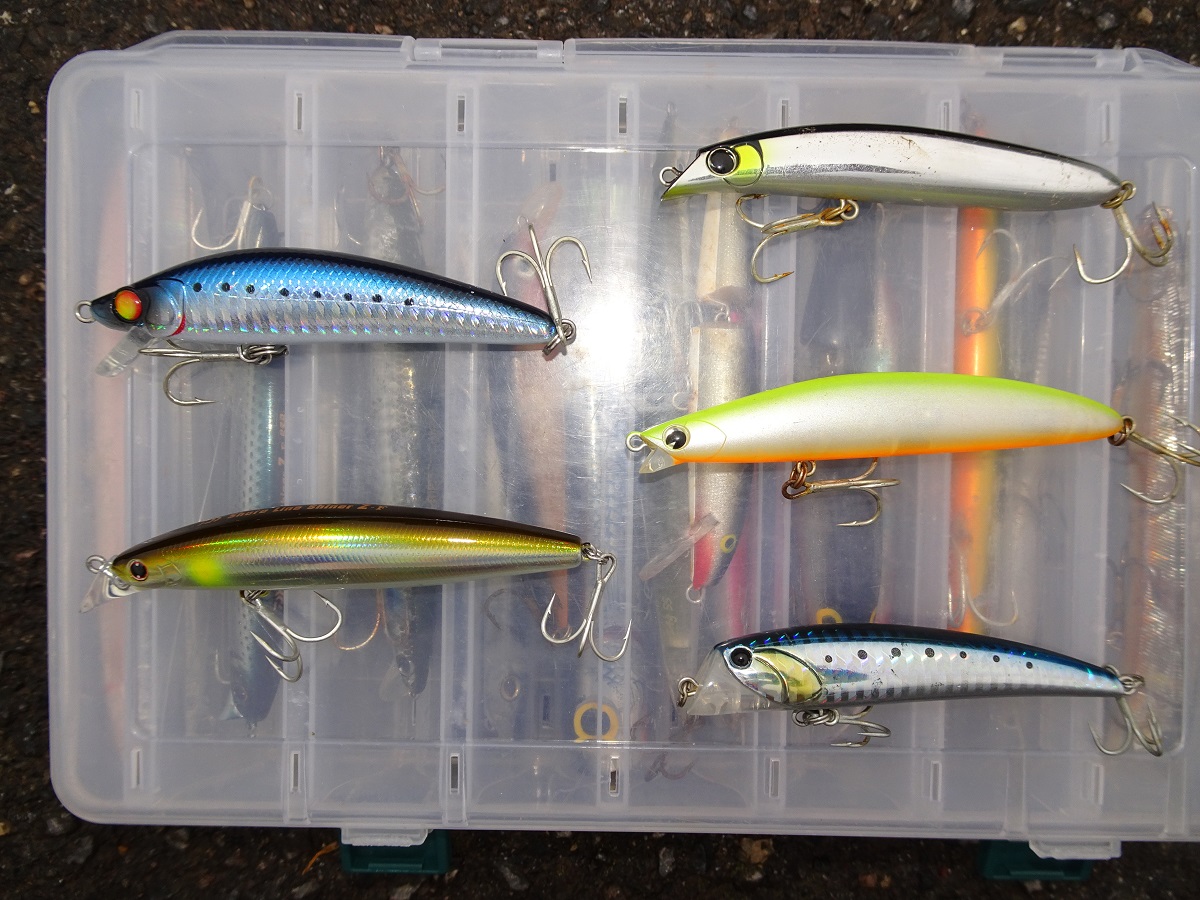 ‘Smaller’ hard bass lures I take fishing with me are:

With the water temperature about to rise rapidly in the coming weeks, the metabolism of a bass will increase in tandem with this. Add in greater numbers of bait fish, especially those all important staple food source, the sandeel, and what you’ll find is that the bass will be more willing to chase lures at mid-water level and ‘chasing things down’ so to speak.

So if you feel a knock on the rod tip during the retrieve that you know isn’t a rock, then my guess is that it’s a bass attempting to stun it - this is when utilising that smaller lure might just enhance your chances of catching you one above the standard 120-130mm size hard diving lure.

Marc Cowling is a successful bass fishing guide, specialising in catching them on lures from the South Devon shoreline.