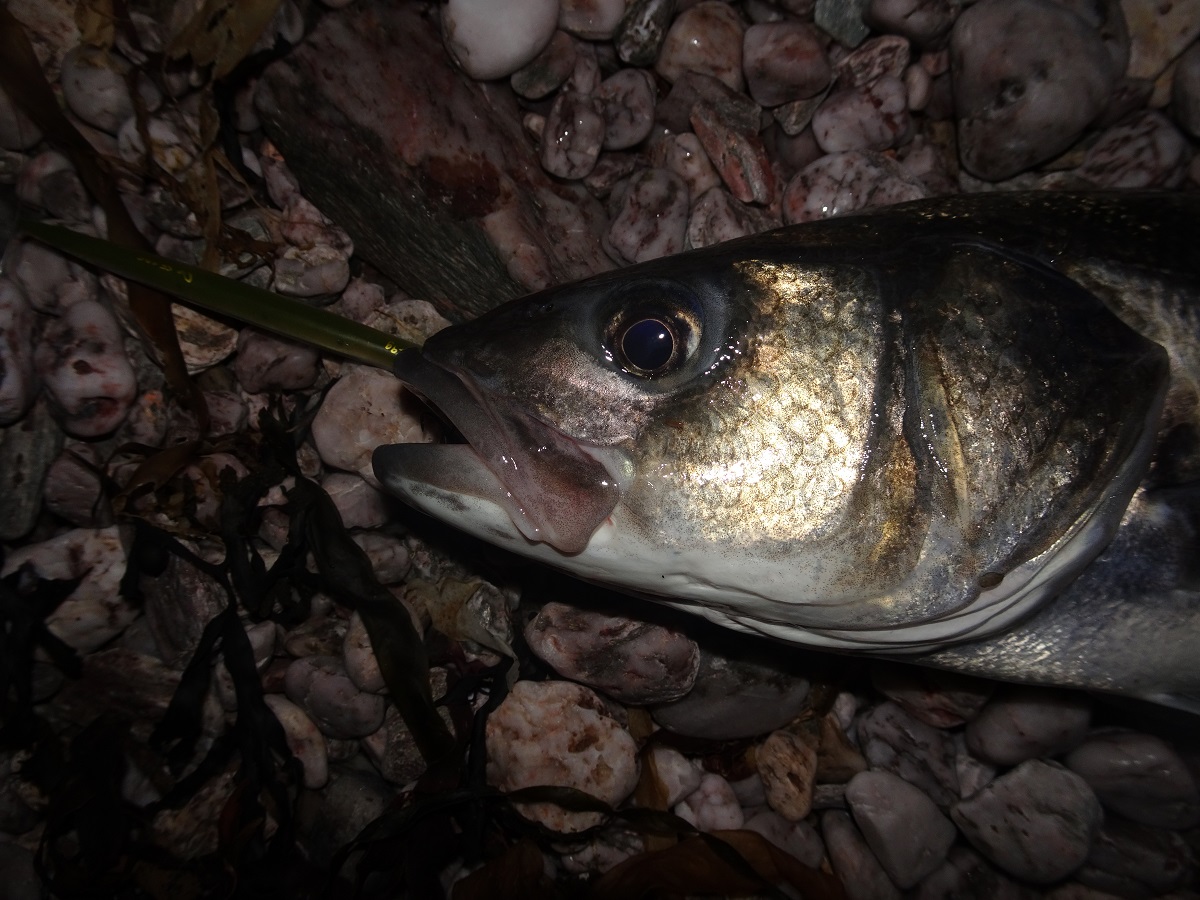 As previously mentioned, I tend to carry lures that will do a very specific job for me, in the vast and varied conditions (configuration of the seabed, sea state and depth of water) that I will experience whilst guiding clients or fishing myself. In addition to these ‘proven’ bass catchers, I will also complement my assortment with a selection that is either completely new to me (but that I fancied the look of) that I have been sent to ‘try out’ or that I just haven’t got around to using consistently - the Savage Gear Line Thru Sandeel falls into the latter category. Note: I am a ‘Pro Staff’ member of the Savage Gear Team, but they have never asked me to write anything about any of their equipment - this article is simply about the recent catches my clients and I have achieved on them, why I think that is the case and how to I use them.

As the name suggests, the leader/line is threaded through the body of the lure - the concept being that when a fish is hooked, it cannot use the weight of the lure to ‘throw’ the hook. Presented in four weights relative to their size (100mm/15g, 125mm/19g, 150mm/27g and 175mm/40g) and a variety of sandeel-esque colours, it is their overall profile and slaloming ‘s-curve’ movement when retrieved that is the overwhelming attraction, at least from the perspective of a bass (and many other species of course) hunting fervently for sandeels - which they most certainly are at this time of the year. 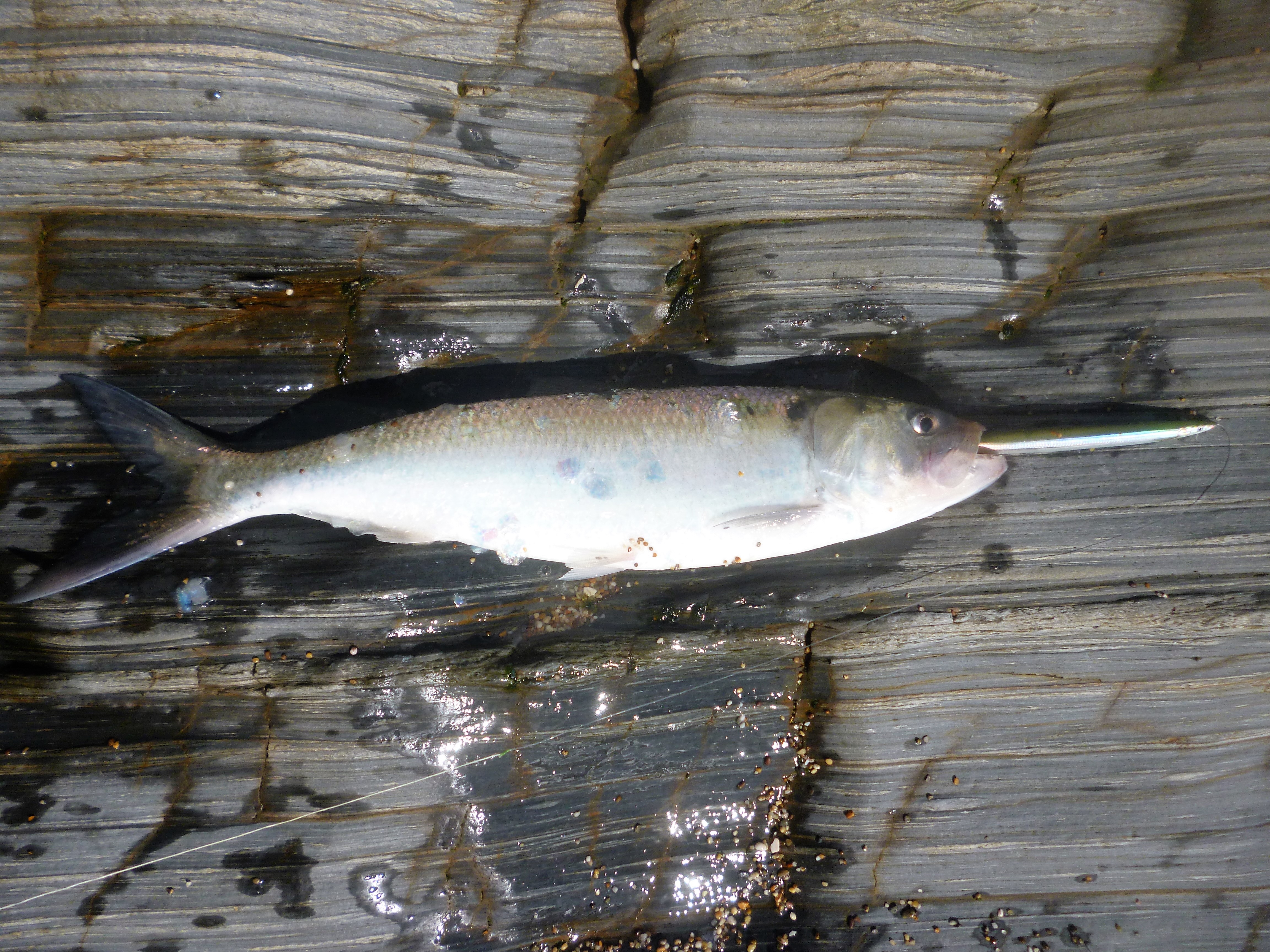 A rare Twaite Shad (that I initially mistook for a Herring) caught by a client on the 150mm/27g LT Sandeel in bright sunny conditions, in shallow fast moving water covering an expanse reef.

That sandeels are prevalent at this time of year which could, of course, be why they accounted for bass of close to six and seven pounds respectively in the space of 24 hours from very similar locations - fast moving bodies of water, where a sandy seabed was present in the vicinity of estuary mouths in darkness. Darkness, aren’t sandeels suppose to be long since buried back in the sand once the Sun has set and twilight ended? Herein could be the ultimate attraction, in the sense that maybe the bass are so ‘tuned in’ to hunting for this particular prey item that to see a ‘lone sandeel’ out in the open is the ultimate easy meal? 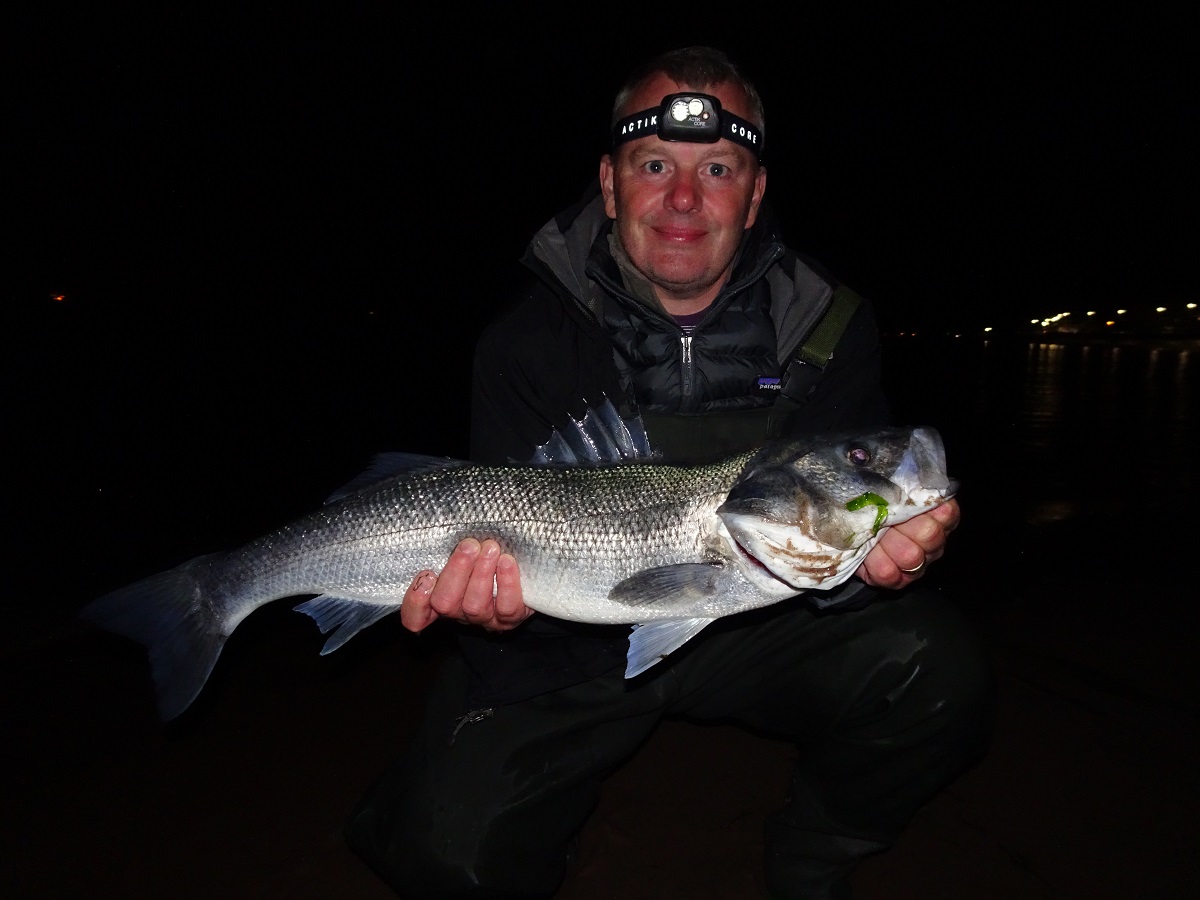 A 69cm cracker that a client caught in the dead of night, when the real sandeels would be buried in the sand.

99% percent of the time, I’d attempt to place in front of a marauding bass what they expect to see, and you could say ‘well of course they are working as the sandeels shoals are now inshore’. However, my bass riddled brain is on overdrive over these lures, especially when I consider that a friend of mine has been using them exclusively since mid-April (and catching when very few people were) before the sandeels had actually arrived (as far as we know) inshore here in south Devon... Maybe, as he put it, bass (especially the small ones who simply haven’t learnt to know better) are just programmed to ‘hit them’ (sandeels) - what a brilliant philosophy!

Confidence in a method, mark or technique, but more especially in a particular lure (or lure type) is so important, and until you’ve tasted success with something unfamiliar to you there is always going to be that nagging doubt in the back of your mind. I have to admit, that it took me a while to be totally convinced, but I am now a confirmed Line Thru Sandeel convert - and here’s why.

They are relatively inexpensive when compared to many hard lures out there, and they cast better than anything (bar a piece of metal) that I’ve ever used - a needlefish lure is good but a LT Sandeel is even better in this respect. Moreover, their exceptionally realistic 3D features, horizontal/backwards/fluttering effect when allowed to sink and their stability in some pretty extreme conditions, be it swell, surf in shallow water and exceptionally strong parallel currents offer the bass lure angler a high degree of flexibility alongside their casting prowess. 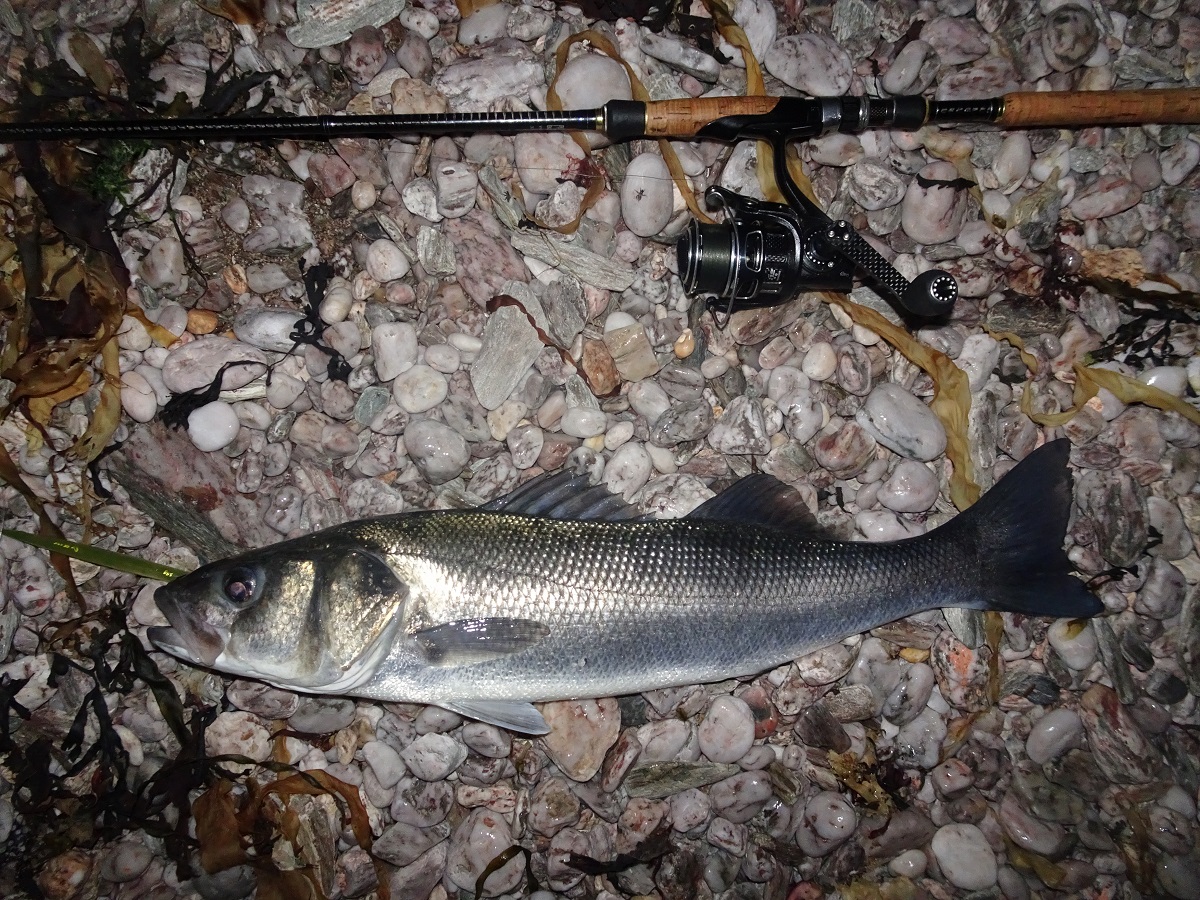 Following the many ‘schoolies’ I’ve landed on these lures, this near 6lb bass was the second ‘bigger one’ in the space of 24 hours to be taken on the Savage Gear Line Thru Sandeel.

However, their greatest attribute is, I believe, how simple they are to use. Nothing more than a straight or linear retrieve with rod held up at between 30-45 degrees if you’re at sea level or in the water, or rod down or to the side approach if you’re stood on some kind of structure above the water level. What’s more, despite being a sinking lure, they can be fished effectively in very shallow water (in as little as 12”) over the rugged terrain and features where bass love to hunt and hide due to the fact they rise and will maintain/swim at a certain depth depending on the rate of retrieve.

Ultimately, they are a lure that have ‘made it’ into both my night and day lure boxes by virtue of being versatile and highly likely to attract and catch a bass - the recent catches speak for themselves.

Marc Cowling is a successful bass lure fishing guide based on the beautiful south Devon coastline.